Talking about Halong is talking about a romantic and wonderful beauty which makes Halong the most famous destination in Vietnam. Besides the beauty of the sea, Halong is still known as the place organizing many famous cultural traditional festivals of Vietnam. If you have a chance to travel to Halong during festival, don’t forget to take Halong bay tours to experience 6 interesting festivals below.

Tien Cong shrine is located on a flat area of 3,000 m2 in Cam La commune, Yen Hung district and it has been classified as a national historic-cultural monument. This is the place of worship of 19 Tien Cong deities who built dikes and encroached upon the sea to create Ha Nam Island today. 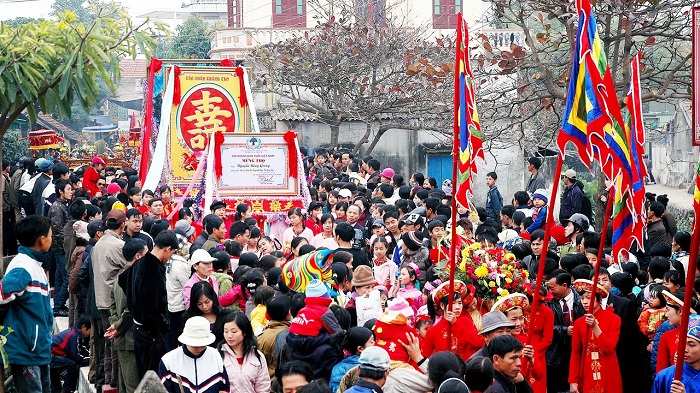 As usual, Tien Cong festival is held annually on 7th January in Cam La commune, Ha Nam Island, Yen Hung district, Quang Ninh province. This is the occasion Tien Cong deities’ descendants from everywhere gather here to celebrate the festival. This is one of the biggest annual traditional festivals of Yen Hung district. When booking Halong tour Vietnam, you will have a chance to experience this interesting festival.

The Bach Dang River records the achievements of the national heroes against foreign invaders. They are Ngo Quyen with a wooden pole battle defeating the Han Dynasty in 938; Le Hoan (981) against the Song Dynasty; Tran Quoc Tuan and the generals in the Tran Dynasty (1288) against the Nguyen Mong dynasty. The festival is held annually on 8th March in lunar calendar in Yen Giang commune, Yen Hung district, Quang Ninh province. 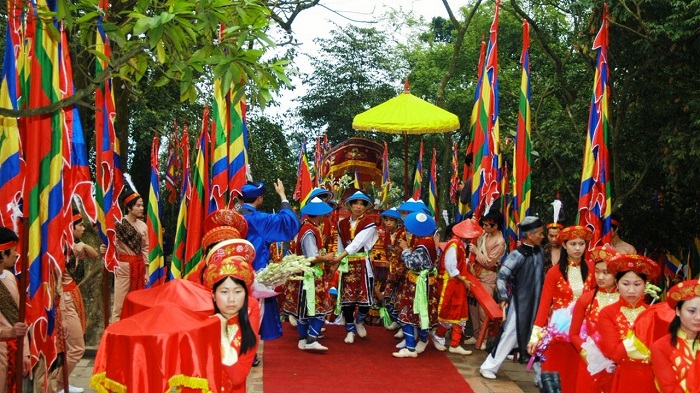 The festival is celebrated in the ancient land with a lot of heroic evidence, which attracts millions of people from the Red River Delta to come and visit. In the festival, the local people hold a procession to take the Saint from Bach Dang Linh Tu temple to Yen Giang House and vice versa with a lot of solemn rituals. After that, there are many games celebrated to remind the memorable victory on Bach Dang River such as boat racing and Bach Dang play.

Yen Tu was the center of Buddhism of Dai Viet country in the past and is now the birthplace of Truc Lam. When coming to Yen Tu festival, the tourists have a chance to make a religious pilgrimage in the majestic nature. The festival is taken place annually from 10th January to the end of March (in lunar calendar) in Thuong Yen Cong commune, Uong Bi town. 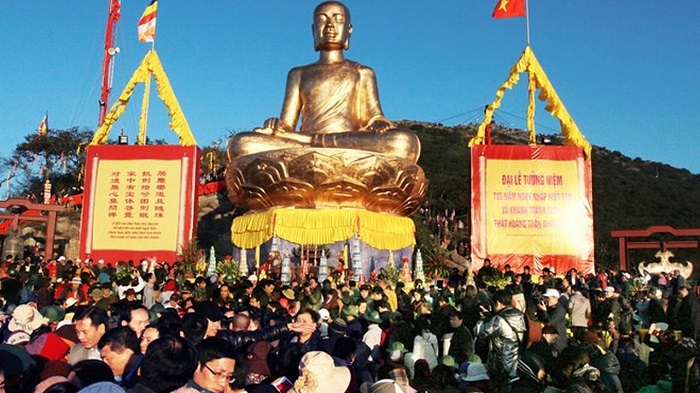 In the Yen Tu complex, there are 11 pagodas and hundreds of towers. Dong Pagoda is at the highest peak with the height of 1068m above sea level. Climbing to Dong pagoda, tourists will feel like walking in the cloud. In Yen Tu, there is an ancient 3-floor stone tower dating from 1758. All is the evidence of legendary stories about the kings in Tran Dynasty and Thien Truc Lam. 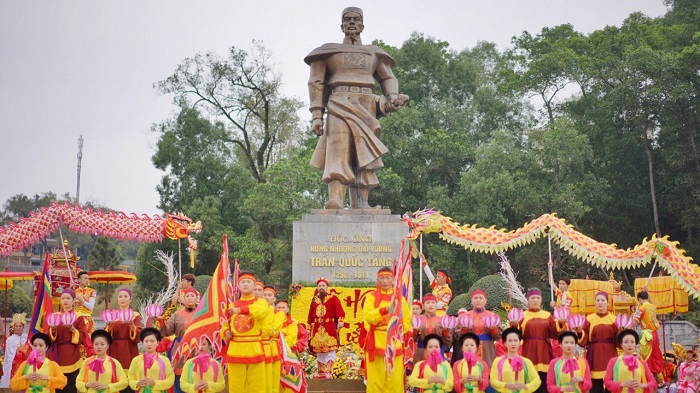 The festival is celebrated from 1st February to 30th March (in lunar calendar) in Cua Ong ward, Cam Pha town, Quang Ninh province. In the festival season, Cua Ong is full of tourists coming from all over the country. If tourists want to get Cua Ong festival, they can go by road through Halong city or travel by waterway along Halong Bay, through Bai Tu Long Bay to the Lower Temple.

Nearly 600 years ago, Tra Co people built a communal house to worship the Saints in the village. The festival commemorates the gratitude of the village Saints and hopes the Saints to bring good things to the villagers. The festival is held from 30th May to 6th June (in lunar calendar) in Tra Co, Mong Cai, Quang Ninh. Coming to Tra Co, tourists have a chance to admire ideal beaches and take part in many interesting activities in Tra Co festival. 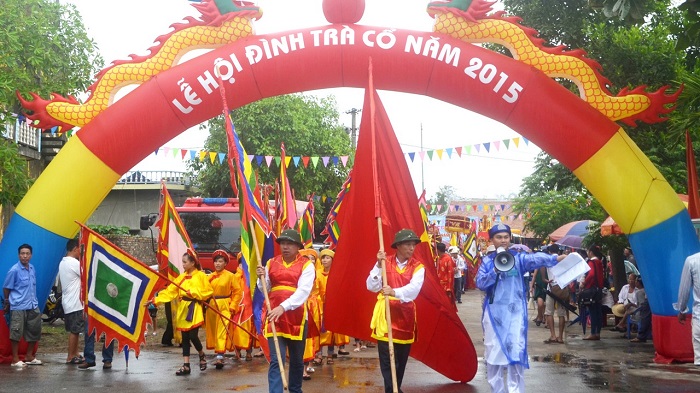 Quan Lan Festival has the boat race differing from swimming. The villagers divided into two groups: Nam Dong Van and Doai Bac Vo. They have to establish their own camp from the 13th June to train their members, preparing the boat. The boat is usually 5 to 6 tons weight, and it is large and deep with dragon head decorated at the bow of the boat. 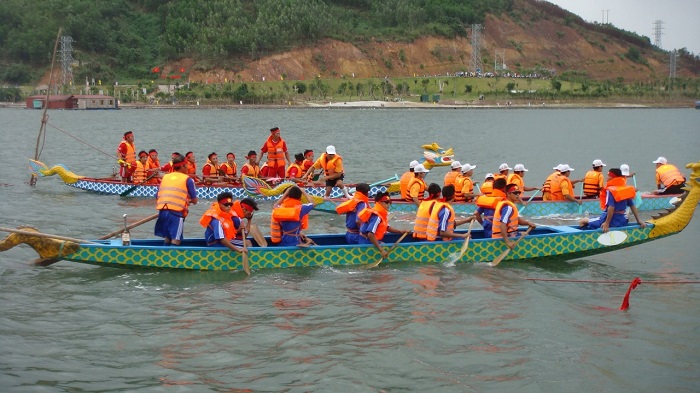 It will be an extremely interesting experience to travel to Halong during festival. The special festivals in Halong always bring new and exciting experiences for tourists. It is not only the colorful painting of Halong but also the long traditional culture of the people here.

Do not hesitate to visit Halong Bay Vietnam to experience many other things in Halong right now! If you have any question, feel free to contact the website. Have a nice trip!