Halong Bay has captured the world’s attention in a unique way with its natural loveliness and majestic landscapes that no one can ignore when dropping by. Nevertheless, there’s still a variety of hidden fascinating things in this Wonder of the World to be explored.

Halong Bay is a unique heritage in the world because this place expresses important vestiges in the process of formation and development in the earth's history, which is the residence of the ancient Vietnamese people and also the great artworks of shaping of nature with the presence of thousands of islands in all shapes and sizes, with various engaging caves clustering into a lively and mysterious world. In addition, the biodiversity that is highly concentrated with a typical ecosystem and thousands of species of plants and the animals which are extremely rich and diverse are the answers for the question “why is Halong Bay a world heritage site?”.

The sea in Halong has a deep blue color all year round. In the immense waves, the rocky islands become softer, floating in the mists covering. Visiting Halong Bay, the most fascinating thing is to sit on a boat, sailing between the islands knitting together as an endless wall, which suddenly opens for the boat to go by.

Above and beyond, Halong Bay is famous all around the world for its diverse system of stone islands and caves concentrated in the center of the heritage. Halong islands are divided into two types: limestone islands and shale islands, concentrating in two main areas which are located in the southeast of Bai Tu Long Bay and the south-west of Halong Bay. This is the oldest image of topography having geological erected from 250-280 million years ago, which is the result of the process of lifting and lowering several times to turn the continent into the sea. Through the Carxto erosion and weathering process, limestones and karst were formed, creating a unique Halong in the world. 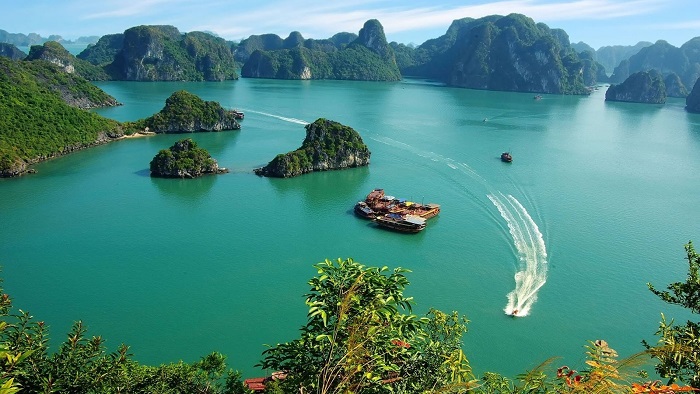 Each of the total hundreds of islands carries a distinct shape: Head island, Dragon island, La Vong island, Lu Huong island, etc. Hidden in these stone islands are the beautiful caves associated with many miraculous legends such as Heaven cave, Wooden Head cave, Sung Sot cave, Trinh Nu cave, Tam Cung cave, etc. That is exceptionally the castles of creation in the world.

Halong Bay is one of the residences of the Vietnamese ancient with three successive cultures: Soi Nhu, Cai Beo, Halong, from 18,000 to 3,000 years ago; It is a place where many tangible and intangible cultural values such as Tien Ong, Me Cung, and Thien Long sites.

In Halong Bay, it seems that every island, cave, and beach are associated with legendary stories about love, human situation, and the fights against the enemies, etc, making visitors feel like they are living in these myths.

Biodiversity is an advantage and also an attractive feature what makes Halong Bay special with the typical ecosystems in the tropical seas, the diversity in species composition and the rare, endemic gene sources. In the total 2,949 plant and animal species preserved, 102 rare and valuable species of global or regional value have been identified, of which 13 are endemic species only living here.

With ideal conditions of rich in nutrients, calm waves, and wide tides, Halong sea has extremely rich seafood resources. There are 315 fish species and 450 molluscs, and it is a place for a huge number of kinds of high-value seafood such as mackerel, grouper, squid, crab, abalone, sea cucumber, etc. In addition, those which have high economic value and capability of cleaning the environment such as jellyfish, pearl, mussel, etc, are very developed.

The legend hidden under the name of Halong

After the victory, seeing the peaceful earth, the green trees, and the hard-working people here, the Dragon Mother and its Dragons did not return to heaven but stayed in the world. Where the Mother Dragon landed is Halong, and where the child dropped down is called Bai Tu Long.

There is another myth that in a time when the country had foreign invaders, a dragon flew along the river down to the sea and landed in the Northeast sea, making a wall to prevent the enemy. The land where the dragon landed is called Halong.

The scenery here attracts a number of both Vietnamese and foreign tourists every year. If you have the opportunity to visit Halong, do not miss the following outstanding activities: 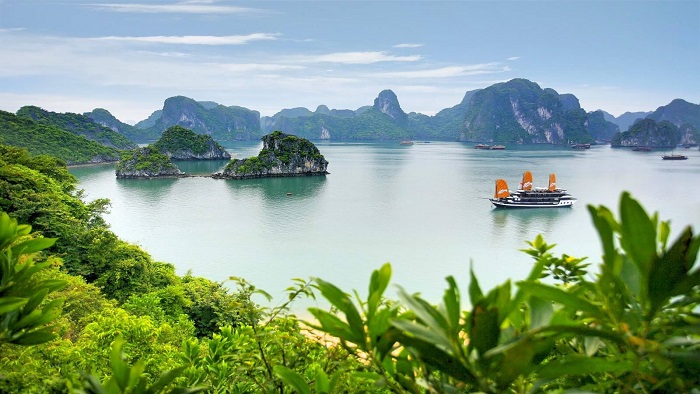 Having a Halong Bay tour on cruises

Not only can tourists admire the beauty of the islands and limestone mountains, but they can also enjoy the meal of seafood and the best services on modern cruises in Halong Bay.

If you go to Halong Bay, let’s try a kayak tour to Vung Vieng fishing village, Luon cave, Three Peaches beach, etc, you will discover the beautiful scenery on the bay as well as the life of the people here. 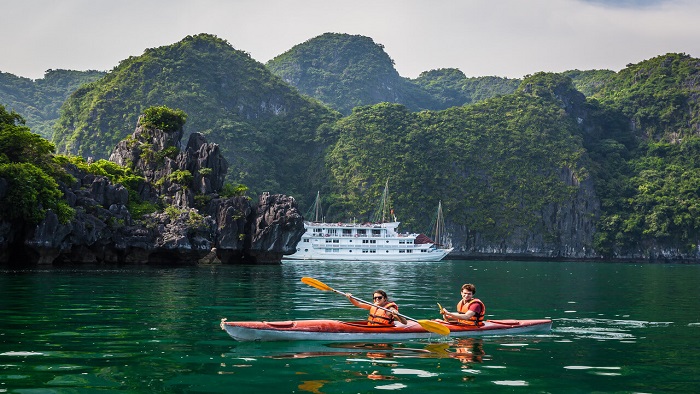 This island is famous for its beautiful coral reefs, suitable for those who like to dive in Halong Bay to admire coral reefs. 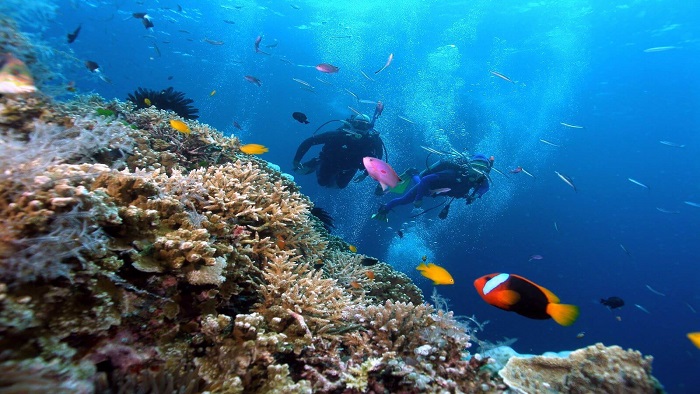 Diving to see the coral reefs in Co To island

This is the largest artificial beach in Vietnam. Tuan Chau island has sandy mattress stretching long enough to attract tourists to play with the blue waves. Alternatively, visitors who love water sports can participate in activities such as high-speed water skiing, windsurfing, sailing, fishing, etc.

Seeing the stalactites in Luon cave and Sung Sot cave

Luon cave and Sung Sot cave is located in the centre of World Heritage Halong Bay, on Bo Hon island. In here, visitors can see the stalactites created over millions of years ago with a variety of shapes and sizes what make Halong Bay special.

The majestic beauty of caves in Halong 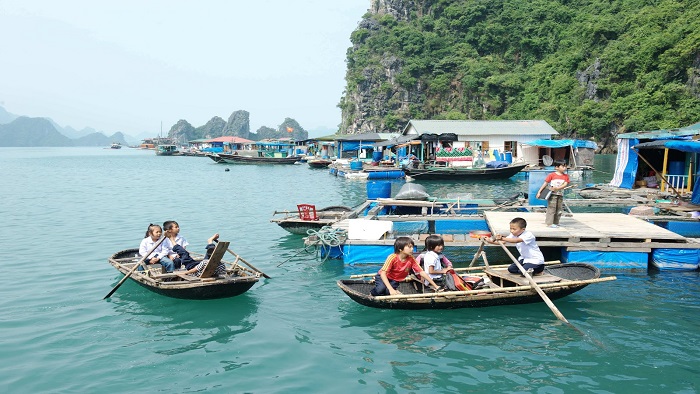 Experiencing the life in fishing villages

Cua Van fishing village still preserves the cultural life of Vietnamese fishermen in the ancient time. Visitors not only can immerse themselves in the quiet and peaceful space but also can learn the cultural life of fishermen. Tourists can try "one day as a fisherman", learning how to sail, spread the fishing net and catch fish, etc.

With those reasons for visiting Halong Bay, hope that Halong Bay will be written in your list of must-visit destinations this year. If you have already been there, share your experience with us. Thank you.