Cong Tay island is likened to Cinderella in the mythical story, becoming a weekend spot serving visitors to rest with many exciting new experiences and discoveries.

Results from the overall study of the maps of Van Don port vestiges show that throughout the eleventh-nineteenth century, there was only one route through Halong Bay for ceramics and other goods from abroad in and out of Vietnam.

And Halong bay by chance became a vibrant border area with many ports, exchange points, and at some critical places, the development of ports also brought with it the establishment of cultural and religious values.

One of the most prominent places is Cong Tay island. In administration, the island now belongs to Thang Loi commune, Van Don district, 40km from Bai Chai tourist wharf. With Halong Bay day cruises, you can reach this tourist spot. 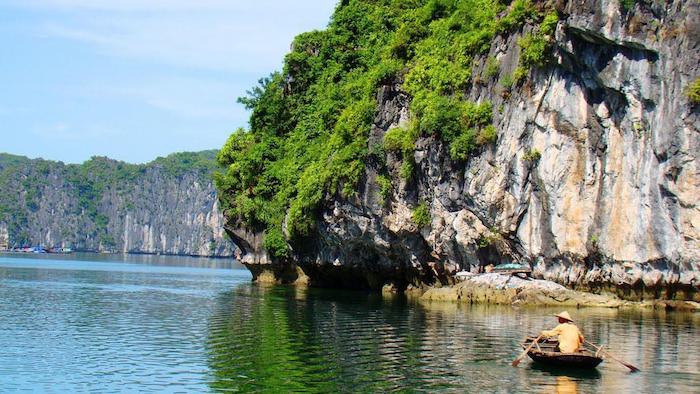 Cong Tay island lies alongside Cong Dong island. On the map, they look like a pair of bread placed in parallel northwest-southeast directions. They are in the eastern angle of the protected triangular Halong bay, which is recognized by UNESCO as a World Natural Heritage.

Sandwiched between the two islands is a broad and deep range of water, very convenient for anchoring and transport of goods to and from the islands. From here, boats can go smoothly into mainland or to the outside isles of Quan Lan, Ngoc Vung.

The relics on the islands

In the past 40 years, through many surveys, researches and excavations, archaeologists have discovered along both sides of the two islands Cong Dong and Cong Tay numerous pieces of ceramic, pottery from Vietnam and China dating back the thirteenth-seventeenth centuries. In the small gulfs, deeply cut into the islands, there are thick layers of ceramics revealing these were the old trading ports of Van Don harbor system.

In 2004 when Van Don old harbor was rated as a national historical site, the Ministry of Culture and Information initially granted a certificate to Cong Dong island. People of Quan Lan island commune argued, and the ministry had to present another recognition with the same content to Cai Lang port of the Quan Lan. It is probably a rare affair in honor of sites granted by the Ministry of Culture and Information. 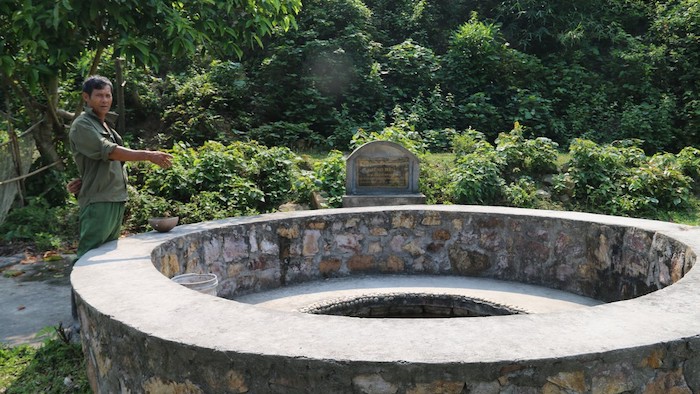 The relics on the islands

Beside the vestiges of old ports, Cong Tay retains the traces of 5 pagodas and a precious towers built in the island under Tran Dynasty. The first excavation of pagodas in Cong Tay island was held by Vietnam Archaeology Institute in 1971. The researches and excavations afterward made it clear that Cong Dong and Cong Tay islands used to be essential places in the Van Don old trading ports for centuries. The exchange point of the "ceramic road" via Halong Bay and center of Ngheu Phong district in the Nguyen dynasty with the name "Cong Dong eighteen communes" still exists today.

The process of trading and exchanging goods is the basis for the introduction of religious buildings such as temples and towers to serve the needs of traders and people of the past in the East Sea. Many architectural relics of the temples, towers collected from Cong Tay island are being displayed at the Quang Ninh province's museum.

Located close to Ngoc Vung, Quan Lan islands and adjacent to Cong Do, the ultimate protected area of Halong Bay, Cong Tay island has favorable conditions for the development of tourism. In addition to the historical, cultural relics, nature and topography of the island are quite diverse and attractive.

The Cam Pha Coal and Construction company has developed a fully equipped system of lodging, dining facilities for tourists right on the beach. A path covered with red tiles was built from guest houses to the beach, flanked by straight coconut trees. 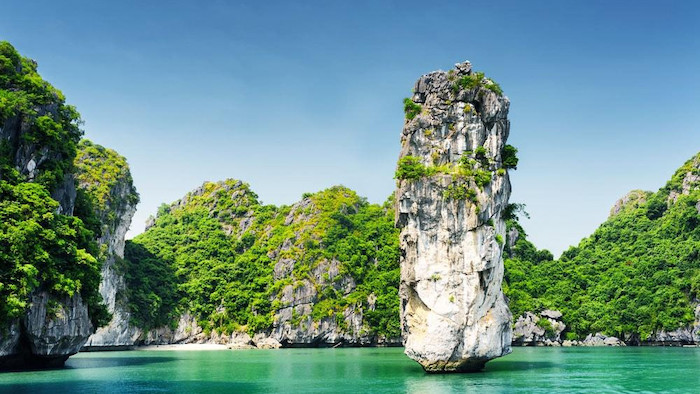 Travelers can relax on the hammock under the shade of the trees, enjoy the sea, and read a book. Many travel companies have taken Cong Tay into their Halong Bay tour program along with the islands of Quan Lan, Minh Chau, Ngoc Vung, and Cua Ong Temple, etc.

Hope that with our guides of traveling to Cong Tay - Cong Dong, you will have a wonderful time in Halong with your friends and family. If you need further information about the top 5 best hotels in Halong, feel free to contact us or visit our website. Don’t hesitate to like and share the article with others if it’s useful for you. Thank you.